Africa’s Judges Need to Step Up

Professor Charles Fombad, of the Institute of International and Comparative Law in Africa, addressed Africa’s judges at a conference in Cape Town this week. Tania Broughton reports 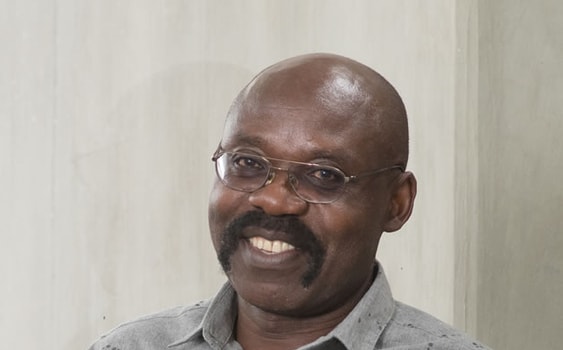 He was introduced as a “son of the soil” of Africa. And, like any African speaking to his community on a tough issue, Professor Fombad did not mince his words.

His audience was delegates from 23 African countries, representing the regional bloc of the International Association of Judges (IAJ). He said that, in spite of the challenges judges faced, they were well placed to stem the rising tide of authoritarianism and the diminishing prospects of democratic consolidation, good governance and constitutionalism.

The conference, organised by the Judicial Officers Association of South Africa (JOASA) and Democratic Governance and Rights Unit (DGRU) of the University of Cape Town, will develop a report into the state of affairs in Africa for the IAJ at its world meeting in September in Kazakhstan.

Fombad said judges in Africa had, to some extent, failed in being protectors of human rights and impartial enforces of the rule of law.

The main reasons were: the absence of adequate safeguards for judicial independence which exposed judges to control and manipulation by the executives; the prevalence of one party and military dictatorships which made elections irrelevant; and judicial timidity and the abdication of responsibility by judges deferring and pandering to the perceived or actual wishes of the executive.

But, it’s not all gloom and doom.

There were attempts to make judiciaries more independent by limiting the scope for external interference.

Political interference with the judiciary, and the threat it posed to the ability of the judiciary to operate independently, was probably the most insidious problem that had survived the post-1990 constitutional reforms.

This ranged from manipulation of the appointment systems (to appoint executive-minded judges), to intimidating judges, as had been the case in countries such as Uganda, Malawi and South Africa where politicians had branded some judges as ‘counter-revolutionaries’.

“Judges all over the continent are reasonably well paid and receive salaries and pensions well above that of the average civil servant. Yet, after the police, the judiciary is generally considered to be the most corrupt institution in Africa. The quality of justice has suffered where it becomes cheaper to buy a judge than hire a lawyer.”

His biggest word of caution was about “judicial conservatism”.

He questioned whether African judges were alive to “the new progressive constitutional rights spirit”.

“Many judges are still too imbued with the past to recognise the imperatives of change necessitated by a fast globalising world where geographical as well as legal boundaries are breaking down regularly.

“As the fight to cling on to power by African leaders intensifies, there will be more pressure on the judiciary to decide cases.

“The judiciary needs to become more assertive...and judges need to join the global judicial dialogue that strives to promote respect for the rule of law and good governance.”

It was embarrassing that there was so little evidence of serious efforts to promote an intra-African legal and judicial dialogue between the diverse and sometimes divergent legal traditions that inherited at independence.

“Judges need to attempt to draw inspiration from the dynamic and rich jurisprudence of other jurisdictions. Internet access is expanding. Knowledge is just a mouse click away.”

Judges must act imaginatively as agents of change.

“African judges need to open up, be ready to share ideas and learn from each other and be actively involved in the global judicial dialogue.

“It simply requires many of them to be as bold and assertive as the South African Constitutional Court judges have been.”