Tobi Adebowale is a practising lawyer who co-founded Lawyard, a website that deals with issues faced by Nigerian lawyers. He spoke to Ugochukwu Kingsley Ani. 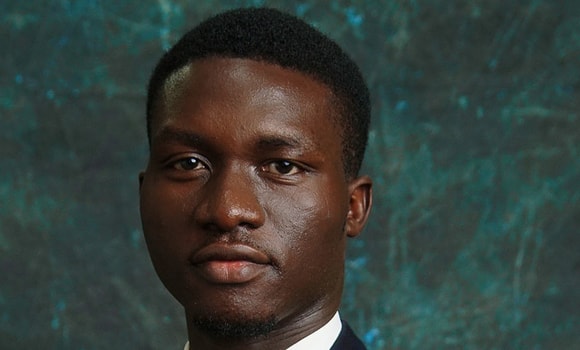 How have you juggled full-time practise at Banwo & Ighodalo with your work as curator of essays and interviews on www.lawyard.ng?

I have learnt to trust in the competence and capacity of the members of my team including my founding partner, Alao Adavize, and the editors who read through the submissions from within and outside Nigeria. I brainstorm with the team in my free time and they have, so far, done well with reviewing the essays we receive, collaborate with other local and foreign platforms as well as build The Lawyard Directory which will give more lawyers visibility.

What is your impression of the state of the legal system in Nigeria?

I believe the legal system is still evolving but can do so at a much faster pace if all stakeholders deliberately commit to continuously innovating to deliver broader and quicker access to justice for all, facilitate ease of doing business and promote the welfare of citizens.

What do our regulatory agencies need to do in Nigeria to create a more enabling business environment?

In two words: step back! There are too many rent-seeking regulatory agencies performing similar functions and demanding various fees. The cost of doing business therefore becomes not only high but sometimes indeterminate and only a few businesses can survive under such conditions. Federal and state government officials need to understand that lower and predetermined regulatory costs will stimulate growth of the private sector, increase national productivity, create more jobs and lead to more revenue from government through corporate and personal income tax. Many agencies need to either merge or collaborate in the performance of their duties if we are to create an environment that truly enables business.

What would you do to make the Nigerian legal system better?

The legal system needs structural and financial interventions as well as a broader adoption of technology. Primarily, we need to amend the constitution and our laws to strengthen the lower courts such as the Magistrate Courts and High Courts to effectively and conclusively deal with criminal, civil and commercial matters within each state jurisdiction. Only a few matters bordering on interpretation of the constitution and election petitions should proceed to the Court of Appeal and the Supreme Court. More importantly, we need to build confidence in the system so investors can be assured that resolving a commercial dispute, for instance, will not lead to a perpetual halt in business due to avoidable delays and technical manoeuvres.

Has Nigeria made headway in developing its own unique legal system, away from the system of laws we inherited from the British?

The Nigerian legal system has evolved significantly even though more needs to be done in some areas such as Family Law and Trusts, for instance. It is noteworthy that while the common-law of England, the doctrines of equity and the statutes of general application, which were in force in England on January 1, 1900 remain applicable in Nigeria, they only apply to a few areas of our national life in which we have not significantly developed our local jurisprudence. Beyond that, I believe we are doing just fine even though there is clearly room for improvement.

What are the areas of law that interest you?

I am fascinated by the legal aspects of the energy sector. That is oil and gas, and electric power. I am keen on guiding investors, regulators and other stakeholders through the peculiarities of Nigeria’s regulatory and commercial frameworks for the petroleum sector and the electricity supply industry.

To be candid, I was more interested in advocacy as a student and represented my university at many national and international competitions. My desire to become a top litigator (and Senior Advocate of Nigeria) at the time was largely influenced by the fact that virtually all the senior members of the legal profession who sponsored our participation at various competitions or in whose honour faculty symposiums were organised were either learned silks or retired Justices of the appellate courts. It was easier to view success in the legal profession through the prism of their accomplishments as litigators than to imagine alternative career paths in commercial law practice. I am however glad the situation is different now and law students appear to be better exposed to various aspects of legal practice.

What inspired you to go into law?

I was not exactly inspired to study law; I was coerced into studying law but it is a choice I am most grateful I made. I was in love with journalism as a child and would have studied Mass Communication but for a particular teacher who stopped me from applying for the course as we were filling out the Joint Admissions Matriculation Board (“JAMB”) examination forms. The teacher painted a gory picture of how journalists earned peanuts that would be inadequate to repay the investment my parents were making by sending me to one of the most expensive schools in Ijebu-Ode at the time whereas my first case as a lawyer could earn me a million Naira in fees. I liked the prospect of being able to take care of my parents so I grudgingly switched to law but would later fall in love with the course upon gaining admission.

Which university did you attend?

Where were you born and where did you grow up and go to school?

I was born in Lagos but I grew up in my home-town, Ijebu-Ode where I attended Epic Nursery & Primary School as well as Epic Model College.