In his address to the 2022 Investing In African Mining Indaba, President Cyril Ramaphosa put his finger on many key issues to regenerate the South African mining industry, but there were few timelines and action plans. The Webber Wentzel mining team took a closer look at his speech. 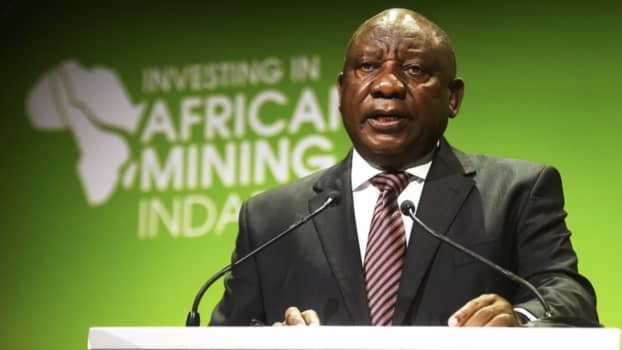 Ramaphosa seems to be cognisant of many of the concerns of the mining industry, and a number of the issues he addressed had been raised in Webber Wentzel’s “wish list” published before the indaba.

Among other points, the president noted the importance of mining to the South African economy and acknowledged that South Africa’s relegation to one of the ten least-attractive mining investment destinations in the 2021 Fraser Institute Survey underlined the need to more quickly remove impediments to growth.

He also highlighted the need to fix regulatory and administrative problems, clear the backlog in applications for rights and their transfers, put a modern and effective cadastral system in place, improve rail and port performance, and ensure a secure and reliable supply of affordable electricity.

The Webber Wentzel mining team was encouraged by his enthusiasm about South Africa’s potential for a hydrogen economy and the launch of the hydrogen-fuelled truck at Anglo American, but felt he missed the mark on some points.

For a start, Ramaphosa’s endorsement of oil and gas exploration in Africa does not correspond with South Africa’s commitments to help address global warming, the team said. They also felt he missed an opportunity to address ESG, and specifically the social element of ESG. “We believe the focus of BEE should be less on high-level empowerment transactions and more on community schemes that deliver more direct benefits to communities in the long term,” they commented.

The team noted that the president did not provide detail on measures proposed to increase investment and grow South Africa's mining industry. Nor did he address the challenge of unlawful protests which disrupt mining operations, or clarify who would be responsible for improving the living conditions of host communities.

The team believe Ramaphosa fell short in not fully addressing the issues of mining in a holistic context, as an industry that’s affected by the poor performance of other sectors of the economy like transport and policing. “Although progress has been made, policies adopted by the DMRE (Department of Mineral Resources and Energy) sometimes conflict with policies implemented by other government departments. Coordination between government departments is vital for successful execution of growth-oriented policies,” the Webber Wentzel mining team said.

They also noted that Ramaphosa did not address the acute capacity shortages in the DMRE. “Long delays in producing a cadastral system and processing applications result from both capacity and corruption issues,” they emphasised.

“Although the president’s speech more comprehensively addressed the issues facing the industry than the Minerals Minister’s speech, the president could have given more concrete action plans and timelines to try to build investor confidence. Once again, at a time when the global commodity sector is cresting a wave, South Africa may miss the boat. This is particularly important as the global appetite for commodities is moving towards battery metals, with which South Africa is not particularly well endowed, other than in platinum and manganese,” the team commented.

While the president omitted addressing certain issues, it is clear from his speech that the South African government is seeking new and innovative ways to increase investment in South Africa while still progressing a just transition to a green economy.