David Tudor is Group General Counsel for one of the world’s biggest and most diverse media groups and on the Africa Advisory Board of Save the Children. He spoke to Tony Carnie. 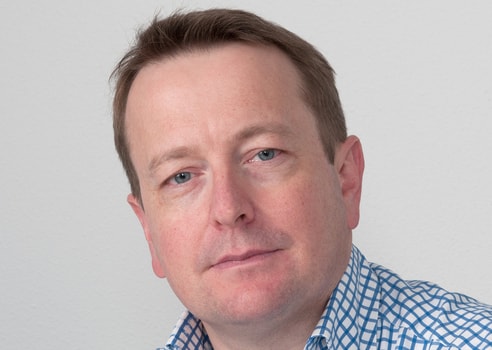 “Children are the future of Africa. I worry that if we don’t ensure access to technology and information training, people are going to get left behind in the global race,” says David Tudor, Group General Counsel of the giant Naspers group of companies.

“The world is changing rapidly. You are not just competing for opportunities at home, but with people from all over the world. If we don’t act now it is going to make the future of the continent very difficult,” says Tudor, who is also a member of the Africa Advisory Board of Save The Children, the century-old charity which champions the rights of children across the world.

With nearly 25 000 staff across 120 countries, the charity is best known for providing emergency assistance following major natural disasters and conflict, but it also has several development programmes to advance the welfare of the next generation.

“Next year we are hosting the Africa Advisory Board’s annual meeting in Cape Town to showcase some of the work that Naspers is doing around Cape Town and I’m hoping we can find some synergies by working jointly with Save The Children to assist young people whose futures have been blighted by poor education and the high rate of unemployment.”

Now based in Amsterdam as Group General Counsel of both the Naspers and Prosus groups, Tudor grew up in South Africa and spent his first 24 years in Cape Town.

Following his high school years at SACS, he studied law and business at the University of Cape Town (UCT), where he also taught commerce students after his graduation. He then moved to Scotland to study competition law at the University of Edinburgh. After being awarded his LLM, with distinction, he returned to UCT to teach law.

“I loved teaching, but I wasn’t sure that I was ready to commit to an academic life – and teachers are woefully underpaid (my family had little money – and I had student loans to repay).”

So he moved to Johannesburg to join Webber Wentzel and this is where his long association with the Naspers group began, initially by providing legal advice to M-Net and MTN.

His association with Naspers strengthened after he moved to London to join Mallinicks. In 2008 he was appointed Naspers and MIH Group Senior Counsel. In this role he led the legal teams for the group’s mergers and acquisitions activities in Latin America, Central and Eastern Europe and Russia.

In 2015 he was appointed General Counsel of the Naspers Group and in recognition of his contributions he was awarded the Phil Weber award last year, the group’s highest accolade for performance.

To keep on top of the sheer volume of the group’s diverse global transactions and legal affairs, Tudor says it’s essential to have an outstanding team and to recruit the right people.

“Information has to flow smoothly. I do not like ‘surprises’ or having to learn about things in the newspapers. So our people need channels to talk openly and frankly.”

Based in Amsterdam for the last seven years, his role still requires frequent long-haul trips to Africa, India, China and the United States and regular trips within Europe.

Last year, he was invited to serve on Save The Children’s Africa Advisory Board.

“Until then I had not really understood the range of its operations, but I have been really impressed by the effectiveness of its work across the world. There are many people who would like to contribute to the work of charities, but often they are busy and so focused on the demands of their own lives that don’t always know where they can help. But I think we can help, either with time or cash – I would hope both.”