What happens when your government buys one million vaccines and then decides it doesn’t want them? Ben Edwards reports. 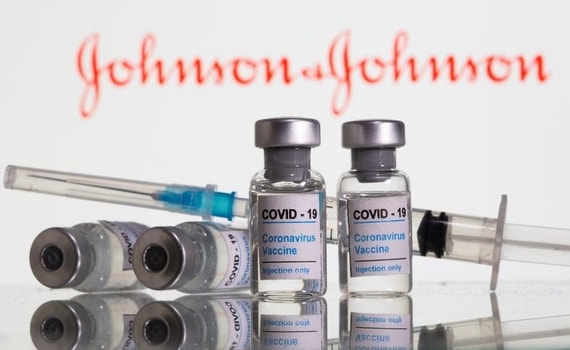 That is something Webber Wentzel partner Robert Appelbaum had to deal with when the firm was engaged by South Africa’s National Health Department to assist the country with its vaccination programme—including offloading its unwanted AstraZeneca doses.

“We assumed when we were selling a million doses we would be selling to a single party, but we quickly realised it would be 17 African countries all with different legal systems and at different stages of their own economic development and there was something of a fear of what if something goes wrong—we were on-selling but weremained on the hook,” said Appelbaum.

This resulted in Webber Wentzel working across from Slaughter & May—which was already representing the African Union on vaccine distribution across the continent—to help shift the AstraZeneca doses.

To assuage liability concerns in South Africa if there were legal issues with the vaccines down the line, Slaughters partner Robert Chaplin devised an insurance-based solution to satisfy all parties.

“If something went wrong it was going to be a very complicated about who sues who and where, so the solutionprovided was a very elegant one,” said Appelbaum.

While the coronavirus pandemic has created a number of novel situations for lawyers to deal with, responding to those situations doesn’t always require coming up with new solutions, says Chaplin.

“If there’s nothing in the tool kit to fix the problem you do have to come up with something new but obviously the first recourse is to the tried and tested techniques,” he said.

Take sourcing vaccines for African countries, for example. Chaplin and Slaughters were brought in by the African Union through Afreximbank to accelerate vaccine distribution across the continent, in part because the international COVAX programme wasn’t yet delivering vaccines at a quick enough pace. Chaplin helped set up the African Vaccines Acquisition Trust in Mauritius, which was able to secure 400 million doses of the Johnson & Johnson single-shot vaccine—enough to cover roughly half the adult population across the AU member states.

How Chaplin was able to succeed where COVAX had struggled was by simply borrowing a long-established negotiating strategy.

“We just adopted the fairly standard diplomatic procedure where if you’re struggling to do things in a multilateral way you need to try and reduce multilateral discussions to bilateral discussions,” he said. “Instead of trying to have contracts with lots of different parties, which can slow things down, we reduced it down to a discussion between the acquisition trust on one hand and Johnson & Johnson on the other. That’s a technique that’s about 200 years old.”

One of the key challenges of many large procurements—particularly when dealing with parties across multiple governments, corporates and multilateral organisations—is whose contract wording to start from, says Chaplin. Often the provisions relate to the same thing, but everybody wants their own wording.

“In circumstances like that you’ve either got to decide who’s going to be the ‘winner’ and choose one party’s wording, and just try and persuade everybody else that the wording does what they want, or you try and crunch it together, which is often the worst of all worlds because then it’s nobody’s wording,” he said. “This is a perennial challenge and is often disproportionately significant compared to what it should be, but in the end there’s always a way through.”

The regulatory backdrop is also likely to continue throwing up problems for lawyers like Chaplin and Appelbaum to deal with.

“The whole situation is mired in regulatory speed bumps, particularly with something that has been devised and produced as quickly as the vaccines have,” said Appelbaum. “How do you get that through the various regulators in Africa where everyone is at a different stage and some regulators are more facilitative than others. In Lesotho, a private organisation raised money to buy the Russian Sputnik vaccine, but the national regulator refused to accept it. There’s no single regulator for Africa, but if there was it would be a whole lot easier to interface with.”