What could be described as a win for women made its way into the Beninese legislation late October, but conservatives are still vehemently opposed to it. Alfred Olufemi reports. 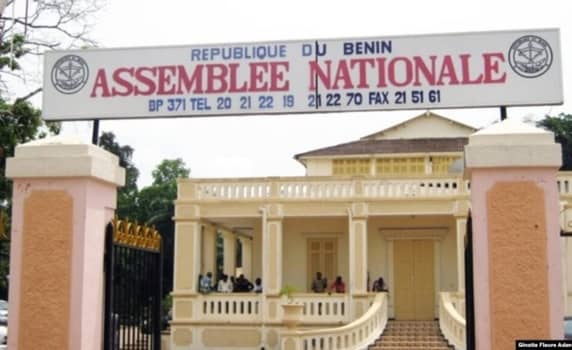 The Beninese parliament recently reviewed the law relating to sexual health and reproduction to permit  women to terminate their pregnancies within the first twelve weeks on certain conditions.

Before the introduction of the new law that garnered support from the majority of the lawmakers, abortion in the Republic of Benin was only legal if the pregnancy endangered the life of the pregnant woman or was a product of rape or incest.

The scope has now been extended, with the new law stipulating that a pregnancy can be terminated if it tends “to aggravate or cause material, educational, professional or moral distress, and be incompatible with her or the unborn child’s interest”.

Catholic bishops and one of the parliamentarians, MP Aké Natondé, have clearly aired their opposition to the new law. “Because the 2003 law on sexual health and reproduction addresses the problems associated with high-risk pregnancies and pregnancies resulting from rape cases, this project has no reason to exist,” Natondé stated on his Facebook page a few days before the law was voted on.

Natondé fears that drugs causing abortions will now be sold without a medical prescription and that will constitute a public health hazard. Despite the law’s passage, he maintained that voluntary termination of pregnancy should be discouraged, adding that the country might now witness a spike in HIV AIDS and other sexually transmitted diseases.

In a statement issued on the eve of the voting day, Catholic bishops urged the lawmakers to kick against it, insisting that abortion is an inhuman act that destroys the life of the foetus and that of the mother. The priests did not rescind their opposition after the appeal failed.

Bishop Victor Agbanou of Lokossa, Benin, the bishops’ conference president, said the law passed is contrary to the church’s teaching that all lives are sacred. “As a church, we cannot remain silent when people and institutions fail to respect human life. We need to protect the life of the unborn. Terminating pregnancy is committing murder,” he told Catholic News Service.

While it has been banned in a number of countries, abortion is still common in many areas, including places where it is prohibited. It remains a controversial subject in many countries because people differ on religious, moral, ethical, practical, and political grounds.

According to the Guttmacher Institute, a leading research and policy organisation focused on sexual and reproductive health and rights, an estimated 8.3 million induced abortions occurred in Africa annually between 2010 and 2014.

In a recent statement, Beninese health minister, Benjamin Hounkpatin, said nearly 200 women die each year as the result of abortion in the West African country.

Women and girls’ rights advocates believe the new law will save lives and curb scenarios where female students have to stop schooling because of unwanted pregnancies.

“It is a courageous decision which is to be welcomed, especially in a society that is quick to deny women the right to control their bodies,” Mylène Flicka, a popular Beninese feminist wrote on Twitter.