The kingpin of an international “gold scam”, who once posted a picture of himself on social media “basking” in $10 million which he claimed came from “Jesus”, is now behind bars. Tania Broughton reports. 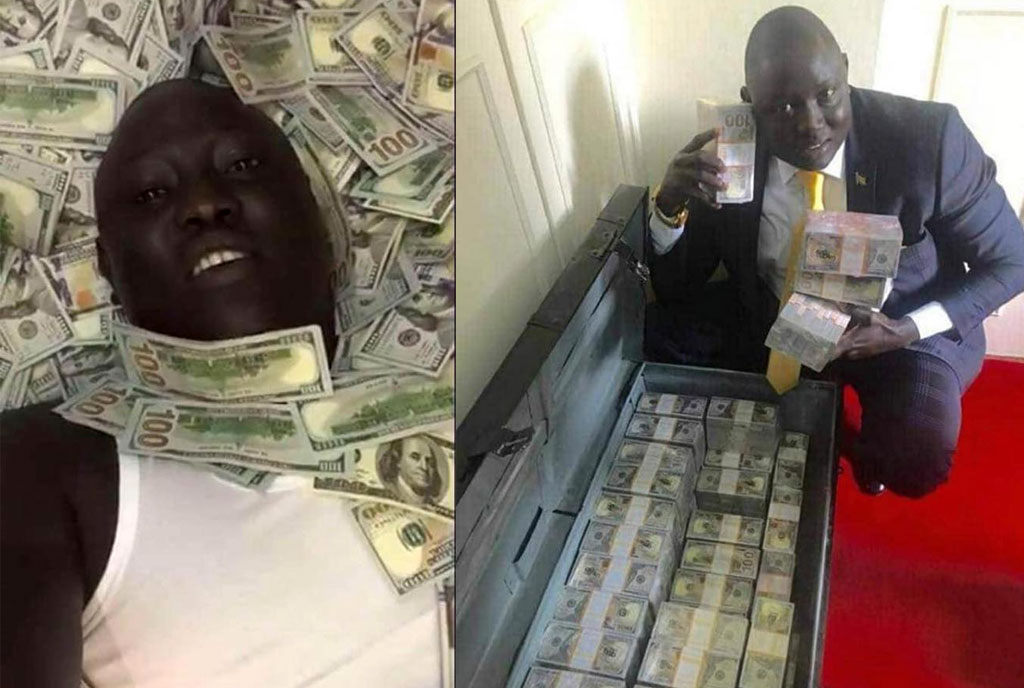 Judge Lawrence Gidudu, the head of Uganda’s anti-corruption court, has sentenced Lawrence Lual Malong Yor Junior, who was based in South Africa but apparently hails from South Sudan, to six years in prison.

The three stood trial on multiple counts of fraud and uttering relating to the con which resulted in two Ethiopian businessmen, who were living in South Africa, to hand over more than $1 million - and spend almost $1 million more on expensive trips - “chasing gold that never was”.

The businessmen who were fooled, in what Judge Gidudu said was a “movie-like” scam were WG Dessie and Abebe Belay Engda (referred to as Abebe in the judgment).

The relationship began with an offer by Malong for them to explore business opportunities in South Sudan.

Within months, they were sucked into “buying gold”, and were pressured into handing over “endless sums of money” to the three accused and others, who posed as an army general from DRC, who owned the gold, a “Patrick”, who posed as a Ugandan Revenue Agency officer, a “Hannington” who posed as a lawyer, one who posed as a Kenyan Revenue Authority officer, another who claimed to be a General’s wife from the DRC and a “Moro” from Interpol.

The judge said Dessie and Abebe trusted Malong who claimed to be a “man of God ''. They also believed he was the son of a South Sudenese general who was a gold trader.

“Attempts to get a refund were rejected. They were told the money had already been spent on logistics and the deal “was ripe”,” Judge Gidudu said.

Malong said he too had been duped and they should go to the police.

Later, Mike sent videos of Malong to Dessie, showing him resting his head on US dollars on his pillow.

Mike told him that Malong had taken all the money.

The three accused all pleaded not guilty, claiming they had never met Dessie or Abebe.

Malong claimed he had been arrested only because he had posted the picture of himself on social media “basking in dollars”.

Under cross examination, he said the source of his wealth was “Jesus”.

The Judge said Dessie and Abebe had been gullible, but noted that “the script from which the tricks were being sourced was well-written”.

Malong, he said, was “running away from the truth and his Christian credentials were only used to commit fraud.”

“I do not believe that the money he photographed himself with was obtained from Jesus.

“His lifestyle betrays his faith.”

He said the evidence against the three accused was overwhelming and that they had conspired to commit “intentional fraud” which continued until Dessie “came to his senses and realised that he had been fooled”.