Somalia is beckoning foreign investors with new oil exploration opportunities. Judy Waguma spoke to Mogadishu-based attorney Mohammed Fatih Sheikh, a graduate of the University of Dundee’s Law School, about his ambitions for this determined but battered nation. 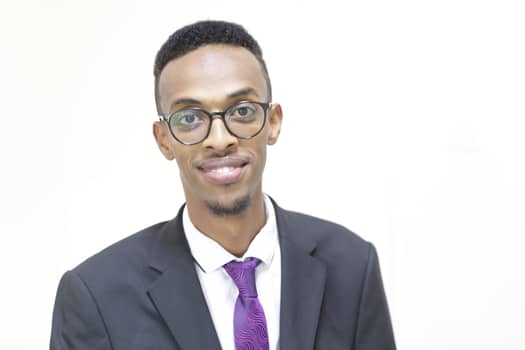 The past three decades have seen the conflict in Somalia metamorphose from “burbur” (catastrophe) to its current growth, amid sporadic insecurity. Having moved from civil war in the 1980s, to state collapse in the 1990s, Mohammed believes the Horn of Africa nation  is poised for growth.

Born three years after the civil war, he has lived through periods of blood-letting insecurity and anarchy. Despite the toll of the past on Somalia’s people, he is determined the emerging oil and gas industry should be instrumental to the growth of the entire nation.

Growing up, Mohammed admits that while insecurity was at his highest “life was quite natural and normal, specifically in times when there was no law and order.”

“You do not choose where you are born,” says the 29-year-old Legal Counsel and Attorney-at-Law, a policy advisor with a legal practice focusing on energy, extractives, infrastructure and investment.

Although there was some normalcy, Mohammed says he has experienced tremendous loss. During his first internship at the Legal Aid Programme, run by the Somali Women’s Centre, two senior lawyers who were training him died in an attack on the Courts Compound in 2013. “This was the most tragic experience I have lived through in my life,” says Mohammed.

Afterward he worked as an intern with Heegan Law, a prominent firm in Mogadishu today.

“When I chose to study law, it (seemed like it) was a very absurd decision for almost everyone in my life, apart from my parents,” says Mohammed. “It did not make sense to study law, it was absurd. There was no state, no institutions, but, I was not into science, I was into literature and history.”

He was also fascinated by the law and those who tried to make it work while living in a war-torn country. “You live with hope that things will not be the same, the hope that State institutions will eventually change and you will end up practising, standing up to defend a case,” says Mohammed.

“It is a miracle come true; now courts are functioning, government institutions are operational, everything is back and young Somalis are going to law school in huge numbers - surprisingly!” he says.

Moving out for a brief stay in Kenya, Mohammed won a scholarship to pursue a postgraduate degree and LLM in Mineral Law and Policy at the University of Dundee in the United Kingdom. In 2018 after his graduation, he moved back to Mogadishu.