A new report on how women are striving for gender equality in the legal profession has been published, pulling together the findings from a series of roundtables held in South Africa last year. 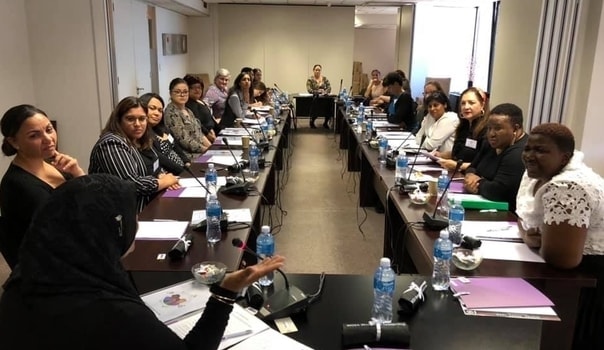 The series of Women in Leadership in Law roundtables were held as part of a collaboration between Angeli Arora of Dentons and WOZA Women in Law South Africa.

The discussions formed part of the UK Law Society’s International Women in Law Programme, which includes the largest international survey on women in the legal profession with around 8000 participants from different countries taking part.

The worked off the premise that, in South Africa, about half of entrants in the legal profession were female but only a fraction were in leadership roles – something that was reflected around the globe.

The purpose of the roundtable was to: identify the reasons why women were not advancing at the same pace as men, understand the barriers to achieving equality and find solutions.

The report summarises the key findings from the discussions, including the short-term solutions and long-term goals to creating a level playing field.

“Women need to empower and support each other. We cannot blame men entirely for gender inequality and must look at the role women play in the unequal system (for example, by reinforcing gender stereotypes).”

“Men must be involved in bringing about change and need to be bought into conversations as a next step.”

“We need to collect more data and statistics on the barriers women face in terms of advancement to substantiate further the views and concerns addressed in this report and to illustrate the extent of the problem.”

“We need to work within our firms and organisations to promote the calls to action. Organisations should be encouraged to form a committee/task force in charge of reviewing the barriers to progress for women in that organisation and coming up with an action plan to address the same.”

“We need to engage in a systematic audit of the current legislation and how it needs to be modernised to better promote gender equality - for example introducing shared parental leave when a child is born.”

“We need to engage with professional bodies and associations in the legal profession to see what role they can and should be playing in terms of ensuring gender equality, including through the code of conduct/regulations and introducing appropriate reporting obligations. A code similar to the BBBEE code could be used to encourage and promote the participation of women in leadership roles in the law.”

“The education syllabus needs to be revised to include teaching about gender inequality so that the next generation has a better appreciation of the issues and is well equipped and motivated to bring about the necessary change.

August in South Africa is Women’s Month – with August 9 a public holiday to remember the more than 20 000 women who marched on the Union Buildings on that day in 1956 to protest against the pass laws being extended to women.

Yet more than 60 years later women across all walks of life are still fighting for equality.