It was undoubtedly a “dodgy deal” but is there any chance of recovering R7.3 million disgraced former South African President Jacob Zuma owes on a bond over his traditional homestead? Tania Broughton reports. 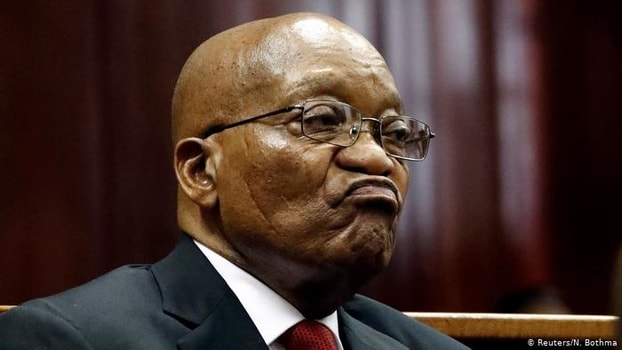 Nkandla is a small rural town in the north of the province of KwaZulu-Natal. On its outskirts sits Zuma’s lavish homestead, Nxamalala Farm, which was upgraded using R250 million (£13.9) of taxpayers money during his tenure in office.

This was deemed “unlawful” by the former Public Protector Thuli Madonesella and, in 2016, the Constitutional Court confirmed her ruling that he must repay money for “non-security” related upgrades such a “swimming pool, a chicken run, a cattle kraal and an amphitheatre”.

Zuma turned to VBS Bank, based in Limpopo Province, applied for and was granted a bond of R8.5 million over his homestead.

The wheels have now come off VBS. In one of the biggest financial scandals this year, it has been placed in liquidation amid allegations that its directors, senior executives and well-connected politicians, fleeced R2 billion from depositors.

The liquidator has gone to court claiming that Zuma, after making some payments, has not serviced his loan. Arrears stand at more than R500 000, the entire loan has now become payable and, if Zuma  doesn’t pay up, the liquidator wants a judge to order that he can seize the homestead and sell it at public auction.

It all sounds well and good.

But, many believe the application is doomed to fail, even though it seems clear that the loan was simply a “gift” and the transaction “a sham”.

Firstly, the homestead is on land owned by Zulu King Goodwill Zwelithini, under the auspices of the Ingonyama Trust which controls large swathes of land, both rural and in former townships, in the province. This was something arranged in a last-minute, controversial deal struck on the eve of democracy to appease the monarch.

So Zuma, like thousands of others in the province, holds no title to the land.

In interviews with local news agency INL, commentators Paul Hoffman and Khaya Sithole agreed that “selling trust property in order to satisfy the debt” was a stretch in law.

While Zuma has a lease agreement with the trust, they questioned whether the bond was valid and if the king had consented to it.

An attorney associated with the trust, who did not wish to be named, told Africa Legal it was a “novel application” and, in terms of the current laws of the trust, could not succeed.

“But we know it’s not going to be that simple. Right now there is a lot of anti-Zuma sentiment. Judges may want to stretch out their necks. And the application comes at a time when there are moves to do away with the trust and nationalise the land.

“But practically, even if the liquidator got the order, who would buy the homestead on auction? That would be a death sentence.”

The next obstacle for the liquidator is the National Credit Act which prohibits the granting of  “reckless credit” and gives courts the power to set aside “part or all rights and obligations” relating to the loan.

“The key question here is whether Zuma could afford to service the loan? And whether there was proper security,” Sithole told INL.

Media24’s investigations team has reported that: “Basic calculations show that Zuma could not have afforded the bond on his R2.87m a year salary alone, roughly R230 000 (£12 700) a month.

“Any of these amounts are close to, or in excess of, one-third of his monthly salary, making it highly unlikely he could afford the bond.”

The report also said Zuma has signed over his 40-year lease of Nkandla, for which he pays R8 000 a year to the Ingonyama Trust, as security for the bond.

“But a detailed reading of the clauses in the lease show that VBS would not be able to lay claim to the property.”

A legal commentator, who also did not wish to be named, said if the application failed, the next step would be to sequestrate Zuma’s estate “although there would have to be some proven benefit to creditors”.

“But if a court rules that it was reckless lending, it paves the way for holding VBS directors personally liable for the loan and recovering the money from them.”

Zuma has not yet responded to the court application.