Sometimes, good ideas take time to mature, says Diallo. This is most definitely the case with ADNA which was, in part, a firm inspired by the partners’ personal and professional relationships.

Diallo said that each had, in their own ways, always envisaged working together, but realising those ambitions was a progressive process, as each developed their own law firms, having worked together at shared law firms like Hogan Lovells, or studied together.

An initial desire to work together in their own association was superseded by discussions with ALN, which persuaded them to join the established alliance, which led, in turn, to the merger.

“We decided that it would be better for us to have our own integrated firm in Francophone Africa”, Diallo explained, thanks to the benefits of OHADA, which are inspired by French civil law, which “meant it made a lot of sense for us to work together on a regional, rather than national, basis”.

If there is a golden thread that binds the four, it is that corporate and business nexus; underpinned by OHADA’s regional legal framework; as Domoraud said, in remarks launching the firm, “With this merger, we wish to contribute to the structuring of the African legal market and to participate in the development of the Africa we want.”

One key distinguishing factor about ADNA is its combination of local management experience with international nous. Guinea-based Diallo has extensive projects experience, gained at both Herbert Smith Freehills’ (HSF) and Hogan Lovells’ Paris offices, before founding her own firm in 2013, while she also has finance, energy, and extractive resources expertise – all key areas of law for Guinea, but also wider Africa.

Her Algerian colleague, Bourabiat, has worked for leading French independent firm, Gide, as well as for HSF and Hogan Lovells from 2004 to 2012, while fellow north African, Safia Fassi-Fihri, is well-known in Casablanca’s legal circles, both for her work in her own firm, her time spent at Gide and Ashurst, as well as in-house experience for RMA Capital, and being active in Morocco’s business community. Her experience, in compliance, employment, and deals complements  Bourabiat’s experience, which in turn dovetails neatly with Diallo’s - and Domoraud.

Domoraud has worked at global law firms Freshfields Bruckhaus Deringer in Paris and leading US law firm, Orrick Herrington and Sutcliffe’s offices in Paris, London, and Abidjan. That span of experience – from Magic Circle to one of Africa’s best known US law firms – is rare, even for today’s African legal talent. This versatility means an ability to switch between corporate and finance, and to advise sponsors and chief executives, financial institutions, development banks, retail banks, investment funds and international organisations.

The partners, Diallo said, complemented, rather than duplicated each other’s practices.

“We all have our own specialties and we're able to work with our clients on a transactional basis” according to their needs.”

Depending on the nature of the sector involved, she said, “We will put together the best team, so it will certainly not always be the four of us; it will be the best partners and associates, which have the expertise in those sectors in particular.”

Fassi-Fihri said, on ADNA’s launch, that the continent “was an undeniably dynamic market and a springboard for real development opportunities for many local and foreign companies.”

A market, Bourabiat said, the new firm was well placed to assist. “We bring a tailor-made legal service to our domestic and foreign clients, in compliance with the highest international standards to support and secure their operations at the local level,” Bourabiat added.

One strength of the firm, Diallo said, was their geographic and practice versatility, with partners “very able to work together on different projects across the Francophone Africa region,” including with ALN colleagues.

“We have already received referrals from ALN, and we are also assisting them on their own work, with a Francophile component, including on due diligence exercises,” she explained.

This, said Diallo, was a uniquely African venture: “Our key message is to demonstrate that, as African law firms, we can also build something resident in Africa, which is sustainable and structured in a way that it works for our clients and for ourselves.” 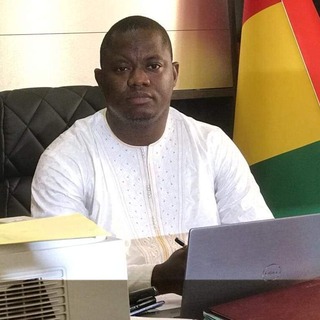