A Fight to Breathe Clean Air 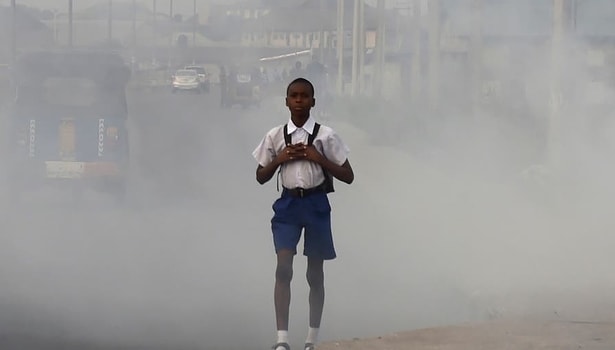 Dr David Boyd, the UN Special Rapporteur on Human Rights and the Environment, will lodge an unopposed application in the Pretoria High Court on June 29 for permission to submit expert evidence on air pollution in a landmark legal case against the South African government.

The University of British Columbia associate professor is also one of Canada’s leading experts in environmental law and policy and an internationally-renowned authority on the relationship between human rights and environmental degradation.

He has acted as a special advisor on sustainability to Canadian Prime Minister Paul Martin; is a member of the World Commission on Environmental Law; an expert advisor for the UN’s Harmony with Nature Initiative and a member of ELAW, the Environmental Law Alliance Worldwide.

In his notice of motion seeking to assist the court as amicus curiae, Boyd states that the levels of air pollution in South Africa’s Mpumalanga Highveld are “among the highest in the world, making this case of global importance”.

In his role as Special Rapporteur he has a duty to advocate for the protection of human rights and the right to breathe clean air.

The main application has been lodged by the Trustees of the GroundWork Trust and the Vukani Environmental Justice Alliance against the SA Minister of Environmental Affairs (currently Minister Barbara Creecy) and four other government respondents, including National Air Quality Officer Dr Thuli Khumalo.

GroundWork director Bobby Peek argues in court papers that ambient air pollution levels in the Mpumalanga Highveld have become dangerous and harmful to human health, but the government has failed to introduce regulations to address this poor air quality.

In his application, Boyd cites a recent study by the independent, Boston-based Health Effects Institute, which suggests that an estimated 19,410 South Africans died nationwide due to outdoor air pollution in 2017 - mainly due to inhaling fine dust particles and ozone pollution – an annual death toll which is more than 10 times higher than the current number of SA mortalities from Covid-19.

“Fine particulate air pollution (PM 2.5) is the single largest environmental risk to human health,” he claims, adding that these tiny particles of soot, black carbon, sulphates, nitrates and heavy metals pass into the human bloodstream after being inhaled through the lungs.

Children were uniquely vulnerable to the health impacts of air pollution because their developing body organs and brains were very sensitive to toxic pollutants.

“Not all air pollution violates the right to a healthy environment. The right does not entitle rights-holders to absolutely pristine air quality,” Boyd argues.

“However, if air quality fails to meet established air quality standards, it is a prima facie violation of the right to a healthy environment."

A spokesman for the Ministry and Department of Environmental Affairs has not responded to requests for comment and copies of any responding documents filed in the case so far.